ITV recently announced that it will produce a 13-episode series of Beowulf, about “courage, greed, betrayal, revenge, loyalty, power, man versus wilderness, and of course, love”. The battles between good and evil, heroes and villains take place in a mythical place named “Shieldlands,” and filmed in County Durham and Northumberland starting in April 2015. James […] 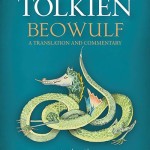 J. R. R. Tolkien completed his 2000-page handwritten translation of Beowulf in 1926 but never published it. On May 22nd, eighty-eight years later, Harper-Collins will release the new edition, which includes commentary taken from his father’s Beowulf lectures by editor Christopher Tolkien. Beowulf: A Translation and Commentary is now available at amazon.com. Tolkien’s extensive academic […] 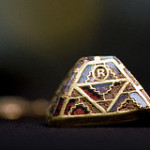 For the first time since 2009, when the Staffordshire Hoard was discovered, all four thousand cleaned and studied pieces have been brought together and organized in one place. As a result, experts have made at least 600 new connections between fragments of broken or incomplete objects. […] 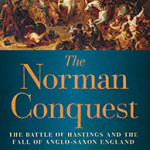 I just grabbed a copy of The Norman Conquest: The Battle of Hastings and the Fall of Anglo-Saxon England by Marc Morris (2013) for next to nothing from a list of Kindle Books Monthly Deals. The book is well reviewed and from what little I’ve read so far this morning, it’s both scholarly and wonderfully […]